Protect your system against advanced DDoS attacks with OrangeWebsite DDoS protection that works for ALL types of services exhaustion attacks, including Layer 7 attacks (application layer). Protection will be enabled within minutes up to an hour after your payment is processed. You may order DDoS protection upon ordering any new hosting service. If you wish to protect an existing service, please contact us for more details.

Information regarding pricing can be found under each respective product line, be it Cloud VPS or Dedicated Servers in the More information tab.


Why Do People Attack?

The number of DDoS attacks has been rapidly increasing over the past years. One of the reasons is that there are tools and online manuals available for everyone who is interested to initiate these types of attacks against other websites or servers.

The attacker may have various reasons to attack your website. Some do it for financial or political reasons. Others do it just for fun. We have seen increasing number of ransom related attacks lately as well. With these types, the attacker contacts the site owner, demanding a ransom to be paid or they won't stop the attack. Even though this sort of activity is criminalized in many countries, the law enforcement agencies are able to provide a very little, if any support in cases like this. They are also being victims of these sorts of attacks and have ended up paying ransoms.

Whether the person behind the attack is your competing site, cyber-extortionist or a bored script kiddie, the only effective way to protect your website is to sign up with advanced DDoS protection. 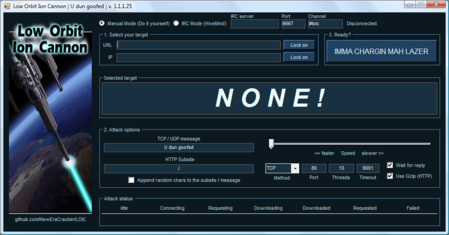 
What is DDoS Attack?

DDoS Attack stands for Distributed Denial of Service Attack, which basically means sending large amounts of malicious traffic from numerous different locations to one IP address or URL simultaneously. Attackers are often using computers that have been infected with malware to perform the attack. These computers may be located physically all around the world.

Typical size of a DDoS attack may be up to 50Gb per second with millions of malicious packets of data. Needless to say, attack of this magnitude would tank any unprotected server and consume all the available bandwidth. In worst case it would also affect other servers within the same network by bringing the whole network down.

For this reason, most web hosting providers will immediately suspend all services for clients whose sites are getting attacked. This may seem of course unfair because you did not do anything wrong in this case. These hosting providers most likely have right, based on their Terms of Service, to reject service to anyone and for any reason, leaving you alone with your problem.

The main issue in mitigating DDoS attacks is that until now it has been very expensive. Therefore many web hosting providers are not ready to make the significant investment in order to protect their networks. Our strategy is different and we are able offer DDoS protection solution based on your needs, without putting too big a dent in your wallet. 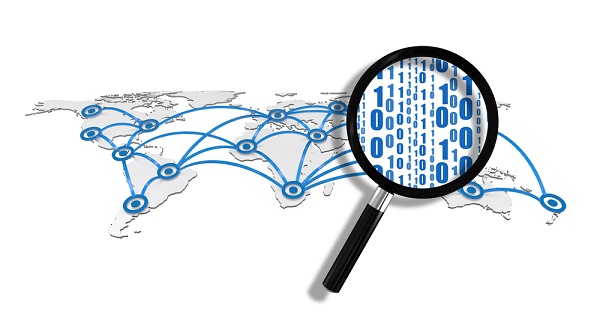 Attacker gathers infected "zombie" computers around the world and uses them to send malicious traffic to one website.


How Can One Stop DDoS Attack?

What makes stopping DDoS attacks difficult is the magnitude of attacks and that the traffic are coming from numerous sources simultaneously. There is no software or firewall that can save you when getting hit with an attack like this. The only effective way to protect against advanced level DDoS attacks is filtering the attack before it hits your server.


Our Approach to Protect You

We have an affordable solution to protect your website and keep it online during attacks. We are using cloud and hardware based mitigation systems combined as a hybrid solution. Think of our system as huge filters, physically located multiple locations around the world. All traffic goes through sensors that are calibrated to detect any malicious traffic and activate the filters for mitigation. Each filter stops the malicious traffic on their area however letting the friendly traffic to go through. This way we stop the attack before it even reaches us.

Volume Based Attacks
Packet floods that are meant to saturate the bandwidth of the website or server in order to bring the system down. These attacks can be measured as gigabits per second (Gbps). UDP and ICMP floods are good examples of volume based attacks.

Protocol Attacks
These types of attacks are trying to consume server resources by sending numerous requests with legit protocols like PING and SYN, using known vulnerabilities. Normal firewall won't detect these attacks because they are masked to look like legitimate traffic.

Application Layer Attacks
The attacker is targeting applications your server is using, such as Apache or Windows by using known weaknesses in the software against you bringing your system down. These attacks are often referred to as slow attacks as they don't need to use much volume to bring the system down.

Many times sophisticated DDoS attacks include a combination of different types of attacks. Attacker often tends to change his attack method until he finds one that you are the most vulnerable for. It is much easier to be pre-protected for these matters before the attack takes place. Protect your system now with our advanced mitigation system and you can stop worrying.